This small pendant, which many islanders lead to neck, holds sacred symbols and pagan, is a gift of nature and a sign of belonging and recognition for the people who come from the sea ... 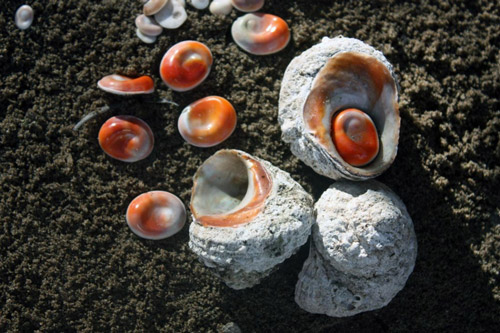 the capsules, the little doors limestone mollusk creates, are used as closure of the shell and when the clam dies are brought ashore by the current

The eye of Saint Lucia is the small "front door" of a mollusc called Astrea rugosa. 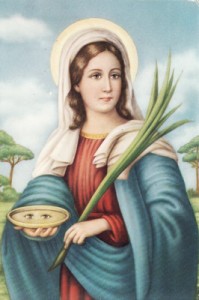 The holy source of Syracuse, is the protector of the eyes

On the death of the shellfish the operculum detaches and "grants" to the will of sea currents, ending its run, often, on our golden beaches. Its resemblance to an "eye" that he associated with the saint par excellence protects the eyes, and his discovery on a beach or in the mesh of a fishing net, it is considered a sign of good luck.

The eye of Saint Lucia is one of perhaps the most popular amulets against the evil eye. 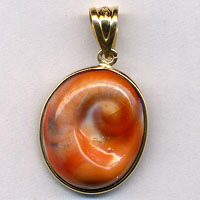 Associating it with the power of "good eye" and protection that is capable of blocking any other "real hatred" (mal'occhio). But in addition to fighting the evil eye, this operculum of a marine mollusk would also have the beneficial power against eye diseases, especially cataracts.

For this reason and for its undeniable charm color, has found use in jewelry for making delicious "marine jewels" such as pendants, rings, cufflinks and brooches. 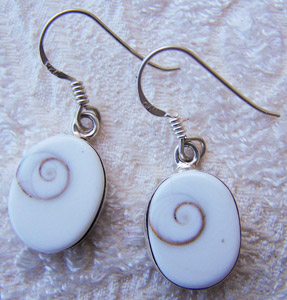 the inside, attached to the mollusk remains smooth, white with colored spirals

The eye of Saint Lucia Shiva is also known by other names: "eye of Naxos" in Greece, "eye of Shiva" in India, "cat's eye" in Australia and New Zealand and "currency siren" in South Africa.